Chris was born in Germany and grew up in Washington D.C. He studied at Georgia Tech, then graduated in 1995 with a degree in criminology and criminal justice from the University of Maryland. He is a member of Phi Kappa Tau and Order of Omega.

Chris moved to Ottawa, Ontario, Canada where he lived for 22 years. He has worked for numerous radio stations in Ottawa ranging from Alternative Rock to All News to Classic Hits. A graduate of the Algonquin College Radio Broadcasting program, Chris returned to teach in the program for three years.

A man of many talents and interests, Duffy has studied 9 foreign languages, plays the timbales, and “attempts” to play bass guitar. He loves a variety of music and even appeared in a Stevie Ray Vaughn music video.

An avid cook, Chris attended Le Cordon Bleu receiving a Certificat de Traiteur and loves sampling all the culinary delights Highlands has to offer. Chris has twin sons who make him look short; no easy feat since he’s is 6’9″. 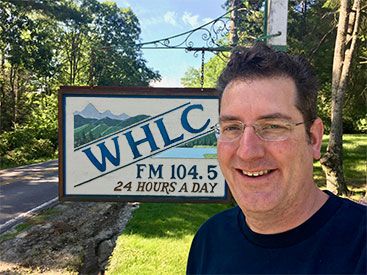